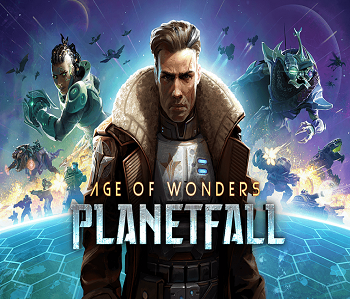 Age Of Wonders: Planetfall is a Turn-Based Strategy game, developed by Triumph Studios and published by Paradox Interactive. Unlike the previous games in the series, it is no longer just fantasy, but rather Science Fantasy. It is also not set in the future of the original games' timeline, like Endless Space to Endless Legend, but operates in a whole new continuity instead, with the original races not getting carried over (though some of the old races have spiritual successors such as the Shakarn being similar to Lizardmen).
Advertisement:

It was released on August 6th, 2019 on PC through Steam and GOG.com. The official website is here