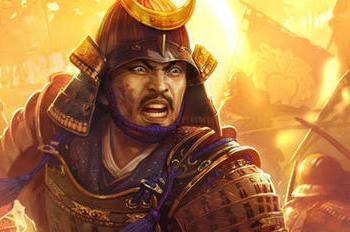 Sengoku is a Real-Time Strategy 4X game created and published in 2011 by Paradox Interactive.

The player assumes the role of a Japanese clan leader during the Sengoku Period, with the starting date being either right after the start of the Ōnin War of 1467, or Oda Nobunaga's rise to clan leadership at 1551. Similar to Crusader Kings, Sengoku focuses on individual characters rather than abstract governments, and finding wives for your sons, producing heirs and pleasing your lord or vassals is as important as conquering lands and constructing buildings. It is not uncommon to see a so-far successful clan tearing itself apart because of a succession crisis, and if your clan leader dies without a direct male heir, it's game over.

In addition to the standard currency (which is used to construct certain buildings and hire soldiers for a leader's retinue), each character has a certain amount of honor. Honor can be gained by donating money to the emperor, granting titles to your vassals and through certain character traits. In turn, honor is spent by hatching plots, declaring wars and other “shameful” tasks. If a character's honor gets too low, his liege might order him to commit seppuku, so maintaining your honor is sometimes even more important than being rich or powerful.

While the game shies away from historical Event flags, some historical events like the Ikkō-ikki rebellions or the Portuguese and Dutch landing in Japan are bound to happen in every game. Other then that, the game itself is basically a large sandbox with an overarching mission to control 50% of Japan, then convince the emperor to grant you the title of Shogun.

Not to be confused with any of these games, or this manga. Can be seen as a Spiritual Licensee to Koei's Taikou Risshiden series.