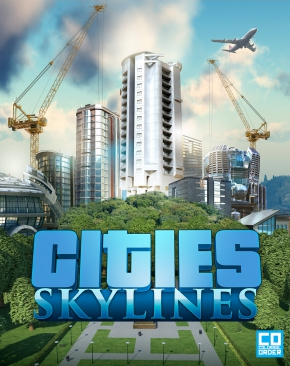 Cities: Skylines is a city-building Simulation Game released in 2015 by Colossal Order and published by Paradox Interactive. Due to the lukewarm reception of 2013's SimCity (and Electronic Arts shutting down Maxis in the same month Skylines was published), many fans see Skylines as "what SimCity should have been". Skylines is single-player and doesn't require online access, with heavy emphasis on improved traffic AI.

Just like other city-building games, the player takes the role of a mayor, zoning industrial, residential and commercial areas in their city, managing budgets and infrastructure and expanding or reshaping the city to fit the citizens' needs. The game's "main" play mode unlocks various buildings and policies as the town grows, but the developers included mods which allow the player to have infinite money and unlock all buildings and services.

Multiple expansions have been released in the years following, adding new features and scenarios, as well as expanding and improving upon existing features:

for the Xbox One in April 2017, with a PlayStation 4 release in August of the same year and a Nintendo Switch release in September 2018.

Not to be confused with Cities XL.