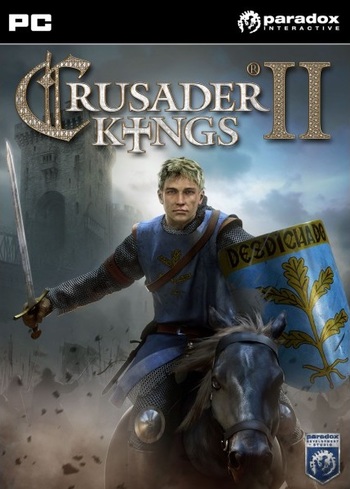 "I thought I was a moral person. I was wrong."
— Steam review of

Crusader Kings II is a sequel to the historical Grand Strategy game Crusader Kings also by Paradox Interactive. Playing similarly to the first game, with the player controlling the leader of a dynasty rather than acting as an abstract Non-Entity General, this iteration added several more features like character ambitions, an expanded plotting and intrigue mechanic, a revamp of the holy order and mercenary system and the sub-division of provinces into baronies, bishoprics and cities, all ruled by vassals.

It was followed by Crusader Kings III, released in September 1, 2020.

Paradox has released numerous expansion packs for CKII, each focusing on different aspects:

Since 2019, the base game has been free to play on Steam.