Til Murder Do Us Part 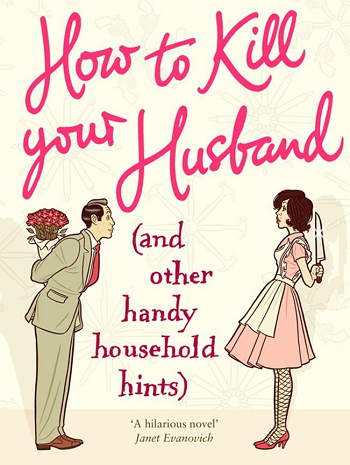 Hint #4: the way to a man's heart is through his stomach; preferably using a carving knife.
Lori: Doug... Honey... You wouldn't hurt me... would you, sweetheart? Sweetheart... Be reasonable! After all, we're married!
[BANG!]
Quaid: Consider that a divorce.
— Total Recall (1990)
Advertisement:

Someone is attempting to kill their spouse (or already has), either to collect on life insurance, because the voices in their head told them to do it, or for some other reason. Maybe they're really a serial killer who marries their victims and then offs them in succession. Or maybe Divorce Requires Death in this setting.

Most often the couple is newly wed, and the unfortunate victim usually won't suspect a thing until after the wedding, when things start to take a turn for the disturbing.

A common parody is to have the protagonist think his spouse is trying to do this, often with several Stab the Salad moments.

A subtrope of Murder in the Family. Compare The Bluebeard and Black Widow, who do this over and over again.