Film / Adele Hasn't Had Her Dinner Yet 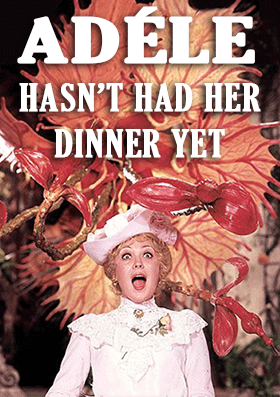 Nick Carter, the greatest American detective, comes to Prague to solve a mysterious case of a missing person which turns out to be much more. A Troperiffic Affectionate Parody of the pulp detective genre and mystery stories.