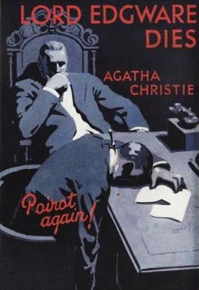 A novel by Agatha Christie published in 1933, featuring Hercule Poirot.

When the fourth Baron Edgware is murdered, the primary suspect is his estranged wife, the talented actress Jane Wilkinson, who wanted to marry the Duke of Merton, and whom Lord Edgware's servants swear they saw entering his house. However, Jane spent the whole evening at a high-profile dinner party with twelve distinguished people, after having found out from Poirot that her husband had sent her a letter granting her a divorce — a letter that she did not receive. If Jane did not kill her husband, who did?

The story was adapted as a film called Thirteen at Dinner in 1985, starring Peter Ustinov and Faye Dunaway, and then in 2000 as part of the seventh season of ITV's Poirot starring David Suchet. The 1985 film adaptation has its own trope section, while tropes for the 2000 ITV adaptation are listed on the page for the TV series.

The original novel provides examples of the following:

The 1985 film, Thirteen At Dinner, additionally provides examples of the following: