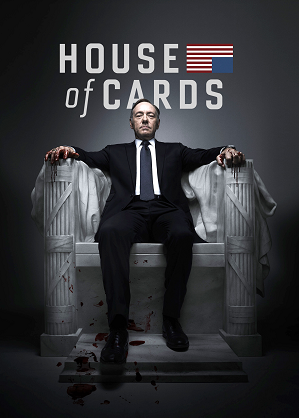 Nick: You know, there's lots worse things than movies. There's politicians and wars and forest fires, and famine and plague...uh, sickness, pain, warts, politicians...
Jack Slater: You already mentioned them.
Nick: I know I did. They're twice as bad as anything else.
— Last Action Hero
Advertisement:

Some politicians want to make the world a better place. They run for office and stay up late trying to help their constituents. This is not their trope.

This politician sees the world through Jade-Colored Glasses. He thinks it's a Crapsack World, with Black-and-Gray Morality. He's gotten family members appointed to positions and his friends get the government contracts he doesn't keep for himself. A constituent who comes to him for help had better be ready to hand over a juicy "campaign donation".

Some corrupt politicians just abuse and twist the system for their own ends. Nepotism may or may not be illegal, and steering contracts to your friends may just be the result of a small pool of available contractors, and of course a member of the committee for Big Oil is going to be acquainted with Big Oil. On the other hand, some are fully criminal and allied with The Mafia or some other criminal organization. They use their insider status to steer police investigations away from their crimes and exploit loopholes, engineer loopholes, or simply get rid of the law on their behalf. In the worst-case scenario, a particularly powerful, competent, and ruthless Corrupt Politician will be a fully-fledged Diabolical Mastermind.

A Corrupt Politician can be as minor as the mayor of a small town, a Corrupt Hick who runs everything for his own benefit. Or perhaps the Evil Chancellor, who would like nothing better than to usurp his boss. Or he could be President Evil, a full blown super villain in charge of an entire nation. Taken to the extreme, he's an Evil Overlord.

Might hide his corrupt activities from the public, in which case he is both a Villain with Good Publicity and possibly a Devil in Plain Sight. If such a foe is presented as an enemy of the heroes in a storyline, a hero may have trusted him in the past and even voted for him in one or more elections, much to his regret later.

Related to the Corrupt Politician is the Sleazy Politician, who isn't necessarily criminal, but still oozes distastefully low morals. See also the Amoral Attorney—in an American context, at least, these will frequently overlap, since many politicians are also lawyers by trade.

No Real Life Examples, Please! - There are too many to bother trying to list even if this wasn’t a contentious topic.

Go ahead, tell the world. It won't make a difference.