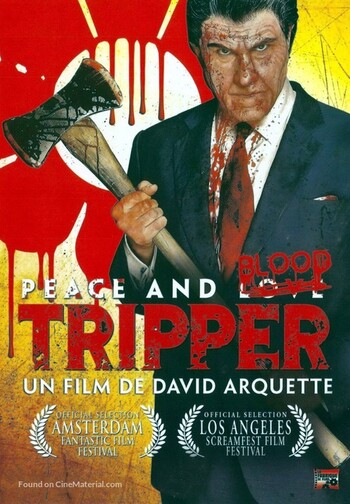 In The '70s, after seeing his father and lumberjack foreman being hit by a protestor against the deforesting and arrested by the police, the boy Gus kills the protestor with a chainsaw. In the present days, Samantha, who is traumatized after being abused by her former boyfriend Jimmy, travels with her pothead friends in a van to the American Free Love Festival, a rock-and-roll concert in the woods. Near the location, they are assaulted by three local hillbillies, before arriving at the festival, where Mayor Hal Burton and Deputy Buzz Hall are trying to give a minimum of organization to the event. However, a psychotic killer with a Ronald Reagan fixation stalks the festival killing attendees with an axe.