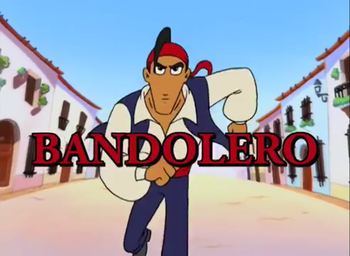 Bandolero is a Spanish cartoon created by Neptuno Films in co-production with Canal Sur television. Based on popular tales, the story tells the story of a Bandolero, who finds himself fighting against two corrupt Andalusian tyrannical leaders and protecting those in need.

Not to be confused with the 1968 Western film Bandolero!.