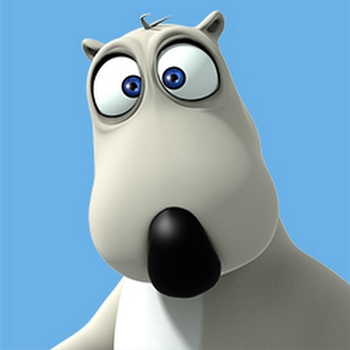 Bernard is a polar bear for whom nothing ever seems to go right. He never speaks, but rather he communicates through growly gibberish. Other characters Bernard encountered in his show includes the penguins Lloyd and Eva, and Zack the lizard.