All spoilers for Yakuza 0 will be left unmarked. You Have Been Warned! 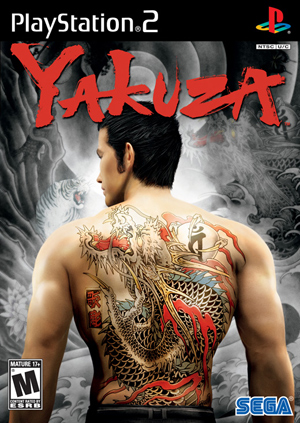 The legend of the Dragon of Dojima begins here.
"Today's been a bad day, and it's put me in a real shitty mood. It's just your bad luck... to have run into me."
— Kazuma Kiryu
Advertisement:

Where it all starts...

Yakuza, known in Japan as Ryū ga Gotoku (龍が如く, lit. Like a Dragon), is the first of the Yakuza series developed by SEGA and was released in December 2005 in Japan on the PS2, and in September for western regions the following year. The game follows the story of an ex-yakuza member named Kazuma Kiryu, who after spending 10 years in jail for a crime he did not commit, is thrown back into the criminal underworld when 10 billion yen is stolen from the Tojo clan, the clan he once worked for. Along the way, Kiryu finds a young orphaned girl named Haruka, who is being targeted by the clan as she is believed to have the key that holds the secret to where the missing yen may have gone. With the entire Yakuza on your ass, with one of the head patriarchs being your former best friend from 10 years past, this is going to be one wild ride.

As Kiryu, who is already feared in the underworld as the powerful "Dragon of Dojima", you explore the Tokyo entertainment and red-light district of Kamurocho (a recreation of the real life Kabukicho), come across a colorful cast of characters that include other Tojo clan members that range from serious minded to violently out of their minds, a down on his luck detective, the leader of the underground world of Kamurocho, assassins, underground cage fighters, lovable hobos, a ton of side-quest characters, many hostesses, and punks to beat down. Lots and lots of punks to beat down.

The gameplay is that of a Beat 'em Up with an RPG-like leveling system, but in an open world setting (or more so open district) and fights that occur at random, similar to an Eastern RPG. When you encounter punks, thugs, and other yakuza, you enter into battle mode where you beat down everyone in your way with the use of chaining light and heavy attacks. The more attacks you chain, the more you will fill up your heat gauge, and with heat you can preform devastating damage to your foes accompanied by animations that really show the pain you're giving out.

In Kamurocho, you can perform side quests that help gain you XP, chat with or listen to the citizens and enter small shops across the map to eat the food, buy some items, or just to check them out. There are also multiple side activities you can do; these include playing SEGA UFO Catchers, a batting cage, casinos (baccarat, blackjack and roulette), toba and pachislot.

A game so massive and crazy at times, it was one of the first games to truly explore the culture of the Japanese underworld. With a well-done dark crime narrative and memorable characters, it left such a mark to pretty much everyone in Japan, and a considerable amount of people in the west, that it continues on to this day as one of the most well-known and highest grossing Sega franchises ever, with a new release almost coming yearly (spinoffs included). Strap in for a ride with no end in sight, welcome to Kamurocho!

The game was given an Updated Re-release in 2012 in the form of an HD Compilation Rerelease which includes the sequel Yakuza 2, titled Ryū ga Gotoku 1&2 HD Edition for the PlayStation 3 and Wii U, which updated this game's combat using the improved mechanics in the second. Unfortunately, this compilation was only released in Japan.

In January 2016, to mark the ten year anniversary of the series, Ryū ga Gotoku Kiwami (Extreme), an enhanced remake using the engine and gameplay from Yakuza 0, was released for the PlayStation 3 and PlayStation 4 in Japan. Kiwami not only features new updated graphics, new substories and mini-games from recent titles, but the story itself has also been slightly expanded to tie it closer together with 0, with an expanded prologue and new cutscenes that explore Akira Nishikiyama's Start of Darkness in Kiryu's absence. The game also introduces the new "Majima Everywhere" system featuring everyone's favorite Mad Dog, who can be fought at any given time in the game as he relentlessly stalks Kiryu and fights him to re-awaken his inner dragon. It was announced at the 2016 Playstation Experience that Yakuza Kiwami and Yakuza 6 would both be localized for the US and European markets, set to be released in Summer 2017 and early 2018 respectively and exclusively for the PlayStation 4. At E3 2018, Steam ports of Yakuza 0 and Kiwami would be announced, with Kiwami's releasing on February 19, 2019. 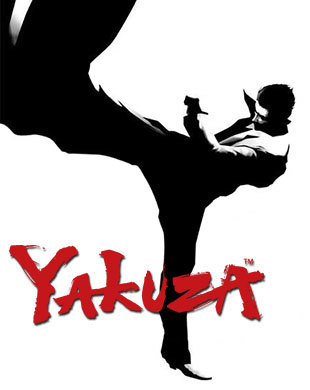 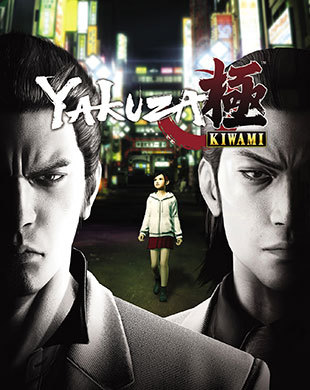 Kiryu fights off some Snake Flower Triad kitchen workers with the help of a bottle.

Kiryu fights off some Snake Flower Triad kitchen workers with the help of a bottle.