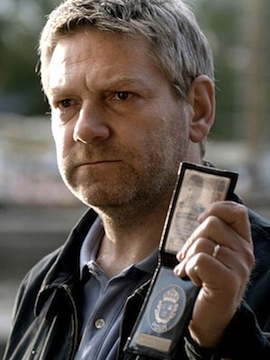 This is Wallander on a good day.
Nobody deserves to die.
— Kurt Wallander, Sidetracked
Advertisement:

Swedish author Henning Mankell's Nordic Noir series of crime novels follow Kurt Wallander, a middle-aged, diabetic inspector who is often up against both criminals and his own demons. In the novels Mankell explores social and political issues affecting modern-day Sweden, as well as providing the reader with plenty of mystery and suspense.

The English adaptation is unusual in its use of Translation Convention. Filmed in Ystad, the Swedish setting of the novels, it renders all spoken dialogue into English (complete with idioms like "done time"), but keeps all on-screen written text in Swedish (with the exception of the screen of Wallander's phone on occasions).

In 2020, Netflix released Young Wallander, a prequel of Wallander on what happens to him after he graduates from the Swedish National Police Academy and is in on the first few days of job as a uniformed officer.