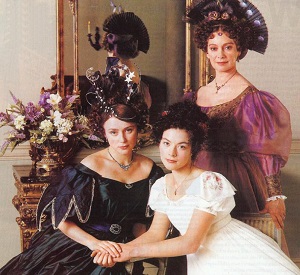 The book Wives and Daughters was adapted twice by BBC as Miniseries in 1971 and 1999. The story revolves around Molly Gibson, only daughter of a widowed doctor living in a provincial English town in the 1830s.

The miniseries from 1971 had six episodes. Zhivila Roche was cast as Molly Gibson.

The miniseries (1999) provides examples of the following tropes: