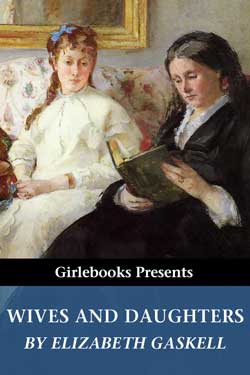 Written by Elizabeth Gaskell, author of North and South and biographer of Charlotte Brontë, Wives and Daughters was originally published in serial format in Cornhill Magazine from 1864-1866. It follows the events of Molly Gibson's life when her widower father marries a widow with a grown daughter.

This also leads to Roger suffering a Green-Eyed Epiphany, as he suddenly becomes jealous of the guy escorting Molly during the house party, although the escort couldn't care less about Molly, and is only attending her because he was asked to do so by Lady Harriet.