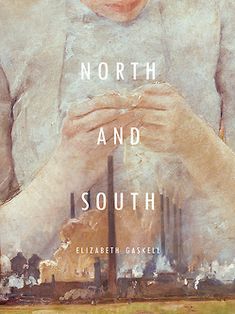 An 1855 novel by Elizabeth Gaskell.

After Richard Hale, a minister, leaves the Church of England, the Hale family moves from the genteel South of England to the industrial North. The story deals with clashes between the cultures of North and South, the workers and their masters, and between protagonist Margaret Hale and the wealthy local factory owner John Thornton.

The book has twice been adapted for television, most recently in 2004, starring Daniela Denby-Ashe and Richard Armitage. Although it was poorly publicised, it was a surprise smash hit with BBC viewers, who ended up crashing the BBC website with massive amounts of rave comments.

Not to be confused with the John Jakes trilogy of novels and miniseries of the same name (which starred Patrick Swayze), set in and around the era of the American Civil War. Or the Strategy/Action video game

North and South contains examples of: