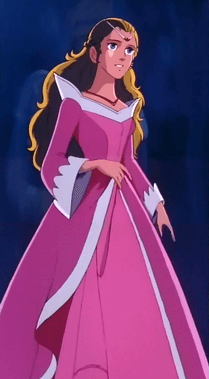 It might not look like much, but how much did all those yards of silk and lace cost? And what about all the work to make the dress?
"6,000 dollars? It's not even leather!"
— Cynthia, Working Girlnote Which came out in 1988, so that comes out to about $14,000 in 2021 dollars—or to provide a more consistent reference point, about the same as a very cheap new car or a rather expensive used one.
Advertisement:

When anything costs a lot of money, but doesn't bling itself out. It could be something that looks plain, but was made with high-quality materials and workmanship; on the other hand, it could be something that is clearly expensive (or at least clear to people at the time) but doesn't overload itself with bells and whistles (so to speak). So it's still Conspicuous Consumption, but not "in your face" conspicuous.

Take a Bentley or Rolls-Royce. The look of those cars clearly shows that they are luxury cars, but they (usually) aren't tricked out enough to count as a Pimped-Out Car (but would certainly count as a Cool Car).

Or take many evening dresses from at least The '30s onward (or dresses of the late 18th and early 19th centuries, during the post-French Revolution mania for "Greek-style" and "Roman-style" clothing). Many are free of the frills and trimmings that were typical of evening dresses, so they wouldn't qualify as a Pimped-Out Dress. However, they're made from high-quality fabric, so they would still cost a lot.

Men's fashion often falls into this. The difference between a bespoke suit and an off-the-rack one that costs a fifth to a tenth as much is mainly this: the bespoke suit probably has better fabric (hard to tell without touching it), and it fits really, really well. If you don't know what to look for, you don't know there's anything luxurious about the suit itself—the man wearing it just looks really good.

This also applies to high-quality minimalist architecture and design.

In fiction, this is done for three reasons:

This can easily overlap with The Rich Have White Stuff or Symbolic Glass House when a thing has few trimmings or decorations, but being white or transparent still marks it as opulent.

A Sister Trope to Modest Royalty, Mundane Luxury, Little Black Dress, Sharp-Dressed Man (as such a nice suit wouldn't be cheap), High-Class Gloves (they don't have to be flashy to mark the wearer as affluent), Ominous Opera Cape (as the cape used to be a sign of a high-class gentleman).

Compare Simple, yet Awesome, More Than Meets the Eye, Worthless Yellow Rocks (something is only opulent to some cultures).

Contrast Impoverished Patrician (who can't afford even these things), All That Glitters (which looks grand but isn't), and Ermine Cape Effect (opulent and obvious, to show one's power).