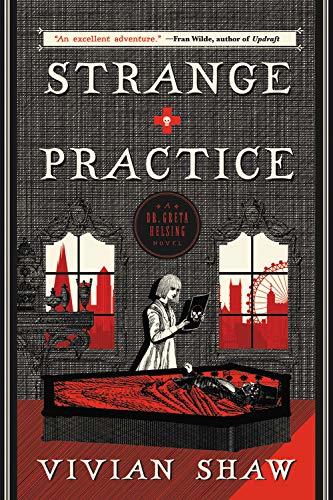 The Dr. Greta Helsing novels are an Urban Fantasy series by Vivian Shaw (otherwise known as the fanfic author coldhope

). They take place in an alternate contemporary London in which vampires, mummies, demons, and other supernatural beings secretly live alongside normal humans. The protagonist, Dr. Greta Helsing (yes, of those Helsings) is a human physician who specializes in monster medicine. While there is nothing whatsoever supernatural about Greta herself, her family's extensive history with the supernatural and the nature of her job puts her in the path of a lot of supernatural weirdness.