Film / What a Girl Wants 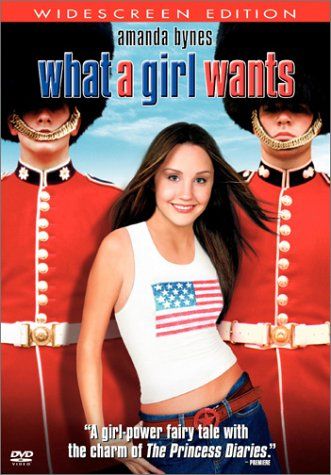 What a Girl Wants is a 2003 teen comedy starring Amanda Bynes (The Amanda Show, All That). An average American girl named Daphne, employed by a banquet service and living with her Bohemian mother (Kelly Preston), finds out that her father (Colin Firth) is a wealthy British politician. She sets out to find him, causing trouble and finding love along the way.