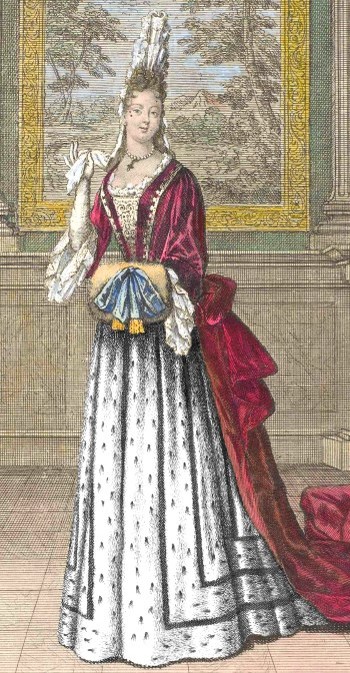 An ermine skirt is quite a grand and opulent way to stay warm in Winter.
"P.S. Dare you wear it to a Junior League lunch with your mother..."
... She opened the box with a startled "Oh my God!"
... The coat spilled out into the light. Russian lynx, fashioned from pure white bellies, which were speckled with subtle black markings like dry leaves fallen on an early snow. Junior League? The Saudi oil minister's concubine would have blushed to wear it to Nell's.
— The Widow of Desire
Advertisement:

Tropes all about the many ways people can show off wealth, just to make things nicer for themselves.

These can be used just because the people want to show off their wealth, or because it's socially required of them to spend their money that way.

Such tropes can be functional (like a mansion for shelter, limo for travel, or fur coat in cold weather), or strictly sybaritic (like wearing lots of jewelry, gold-plating items, or wearing a fur coat in warm weather).

Note some tropes here are not strictly for the most wealthy. Even middle class people can afford the occasional luxury (which shows off the aggregate wealth in a culture as well). It's just that wealthy characters are more likely to have several of these instead of one or two, and of a much higher quality.