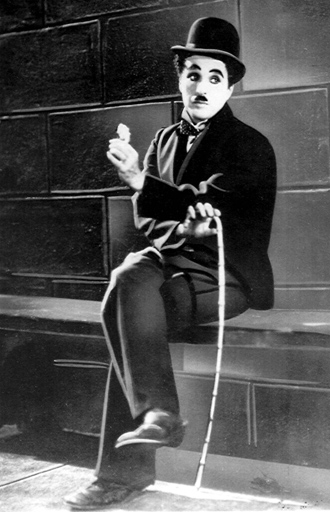 A subtrope of Hobos, the Tramp is a romanticized vagrant. He rarely has any significant material possessions. He survives from day to day via grifting, mooching, petty thievery, and playing off others' sympathies. He's usually quite intelligent, though, and generally won't do anything truly horrible. Walking the Earth is part and parcel of a Tramp character — if he stays in one place he's not a Tramp.

If the heroes are looking for a down-to-Earth character to restore their faith in humanity, the Tramp can usually do it. He's also usually well-connected, with other tramps; they form something of a cooperative union.

In some works, the existence of the Tramp can be proof of a Crapsack World.

Tramps are sometimes portrayed as straight villains, but this role usually falls to Crazy Homeless People in modern fiction.

The Tramp is most common in works Older Than Television. If he does appear nowadays, he's not as likely to be called a "tramp," due to Have a Gay Old Time — nowadays "tramp" is often used to mean a woman who Really Gets Around.