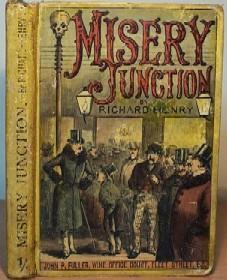 This is the classic age of English literature, and of the penny dreadful: Sir Walter Scott, Jane Austen and Charles Dickens, but also Frankenstein, Varney the Vampire, the first Sherlock Holmes novel, Alice in Wonderland, and the earliest Science Fiction—to say nothing of the maudlin numbers that funded Benjamin Disraeli's political career. It is also the last time when books dominated popular entertainment, although many of these "books" were originally serialised in magazines, such as The Strand, Blackwood's etc.

This is also when many compilations of legends and fairy tales were collected and recorded, such as 19th-century Finnish work The Kalevala, the Child Ballads, The Brothers Grimm books, and most European Fairy Tale collections.