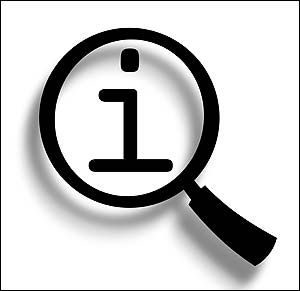 "Welcome to QI, the showoff show that sits at the front of the class shouting 'Me sir, me, me, me, sir, me!', while other quiz shows are snogging behind the bikesheds."
— Stephen Fry
Advertisement:

BBC2 comedy Panel Show. Debuted in 2003 and has aired 18 complete series as of fall 2021. Each series is named for a letter of the alphabet and the topics for all the episodes within a series begin with that letter. The 19th series ("S") is currently airing.

Standing for "Quite Interesting", the show was originally hosted by Stephen Fry and features a group of four panelists, one of whom is always Alan Davies of Jonathan Creek fame; starting in Series N, Fry left the show and was replaced by recurring panelist Sandi Toksvig (currently also hosting the revival of the quiz show Fifteen to One). The other panelists vary from week to week, but a number of recurring guests have appeared over the years. The pool of frequent guests has changed over time, but currently includes Aisling Bea, Jo Brand, Jimmy Carr, Victoria Coren Mitchell, Phill Jupitus, Cariad Lloyd, Jason Manford, Sarah Millican, David Mitchell, Sara Pascoe, Holly Walsh, and Josh Widdicombe. While the panel is mainly composed of comedians, famous names in other fields have turned up, such as Sir Terry Wogan, John Hodgman, BRIAN BLESSED, Greg Proops, David Tennant, Daniel Radcliffe, Dr. Ben Goldacre, Corey "The Great Big Mouth" Taylor, and Carrie Fisher.

The host asks questions on the topic of the week — the first few series had no specific theme per week, and their episode titles have been applied retroactively; it was not until Series D that the "topic of the week" really came to the fore. The guiding principle, as indicated by the show's name, is that knowledge should be interesting, and a sufficiently interesting answer will be awarded points even if it's completely wrong. Conversely, an answer that is both incorrect and uninteresting (i.e., if it's the answer anybody would have given) will cause a klaxon to sound and the contestant will forfeit 10 points, with a few exceptions (for example, Fry stated that claiming carbon dioxide makes up most of the air we breathe would have cost 3000 points). There are, consequently, two major types of question in QI: obscure questions that give the contestants an opportunity to make interesting guesses before the host reveals the real answer, and questions whose answers seem obvious but are not, such as "How many moons does the Earth have?". As panelists have been getting wise to the latter type of question, there has arisen a third type of question: the "double bluff", where the seemingly-obvious answer actually is the correct one, though not always for the reasons one would expect. Forfeits are also occasionally given for obvious jokes (such as Danny Baker being klaxoned in the very first episode for making a "New Balls, please" joke in response to an aside from Fry about a man being killed on a tennis court as a result of a botched castration) and for certain episode-specific rules (such as a "Don't Mention The War" rule in "Germany").

Davies is the butt of a lot of the jokes on the show (last on the introductions and getting a funny comment, last on the buzzer sounds and getting a corny buzzer sound, being more likely than the others to get the klaxon and usually coming last, although he has the record for most show wins), and acts as a sort of foil for the concept by getting the more obvious answers (i.e. the ones the audiences at home are likely hollering at the TV) out into the open to be trounced.

As with all good Panel Shows the points are almost entirely irrelevant and merely provide the Framing Device for the comedy. The researchers, known as the "QI Elves", nonetheless check that everything is as correct as it can be, often sending messages to the host about things they've discovered while the programme is recording (especially if the guests have sent things onto a very distant tangent to what the question was actually about, which happens quite often). Sometimes, the Elves come up with new klaxon forfeits on the spot per Rule of Funny as the panelists go so far off script to inject even more chaos and comedy. On more than one occasion a panelist has forfeited points for a statement they made in a previous series which has since proven to be incorrect.

This show can lead to some amusing tangents. It's also very educational. One of the interesting things is how much comedians turn out to know about obscure subjects — for instance, Rory McGrath spouting the Latin names of birds, or Vic Reeves turning out to be an expert on pirates. Also, this is a post-Watershed show and things have a tendency to get very "naughty" very quickly.

Some series have a once-(or twice)-an-episode feature with a name linked to the series letter. These have included:

Individual episodes sometimes have a bonus related to the episode's theme: For example, in the episode "Hoaxes", the panelists could get a bonus for spotting the "quite interesting" fact that was, in fact, a hoax and not a true fact. Others have special forfeit rules: panelists had points deducted for mentioning "the war" in "Germany" or for dropping F-bombs in "Fingers and Fumbs". Still others play with the set design (such as "Denial and Deprivation"; the set was stripped down almost to the bare walls) or have the participants show up in unusual clothing (such as "Night"; Sandi and the panelists wore pajamas and bathrobes).

Extended 45-minute cuts of episodes are released under the title of QI XL sometime after the initial 30-minute broadcasts. Two different programmes called QI XS have also been made, one being un-themed 15-minute compilations broadcast on BBC Two and another being a web series on the official QI YouTube channel that were conversations amongst the QI Elves about some of the other Quite Interesting things they discovered when researching for that episode.

, maintained by the elves (note the location), which provides trivia and links to Quite Interesting things. The first thirteen series are also available on DVD in the UK.

, which got its own televised spinoff in No Such Thing as the News (which is basically the same as the podcast except there's a camera and the facts under discussion are at least tangentially related to current events).

The show originally ran for the first five series on BBC Four, with repeats on BBC Two. It was then moved to BBC One starting with Series F in January 2009, after its repeat airings on BBC Four and Dave became those 2 channels' highest-rated shows. However, the show then moved to BBC Two beginning with Series I. The latest five episodes are also available via BBC's iPlayer.

In February of 2015, BBC America aired episodes 4, 3, and 9 of the "J" series', then it disappeared from the schedule as quickly as it

appeared. Series I, J & K are currently available to stream on Hulu, in the half-hour format only. Netflix also streams the show in the 45-minute format.

Vote on the best episode here