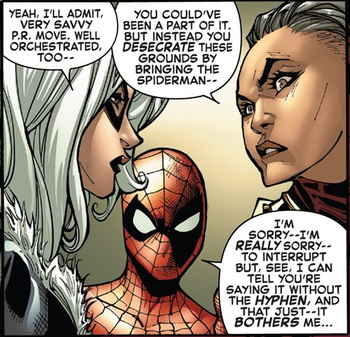 Yeah? Well, that broken wall to my left bothers me too!
"I didn't spell it like that when I said it!"
— Alan Davies, QI
Advertisement:

Hollywood Spelling is the inverse of this trope to some extent. Compare Pretentious Pronunciation. Can overlap with Painting the Medium or Medium Awareness. See also Capital Letters Are Magic.