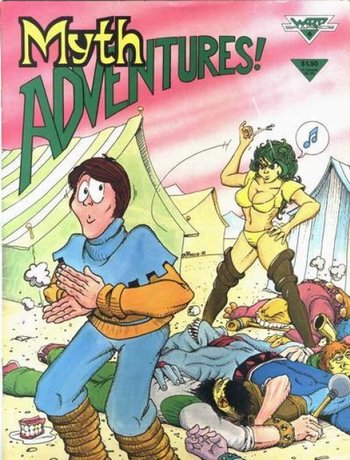 Myth Adventures is an eight-part graphic novel by Phil Foglio, adapted from the first of the Myth Adventures novels by Robert Asprin. It was originally published in eight issues by WaRP Graphics (publishers of ElfQuest) in the mid-80s, and subsequently as a collected edition book. Starting in 2010, it was serialised as a webcomic on Foglio's website, but was removed later.

The plot involves Skeeve, a hapless apprentice magician, and Aahz, a demon (which is short for "dimension traveler," no moral alignment implied) as they attempt to track down the person who killed Skeeve's teacher.