More Teeth than the Osmond Family 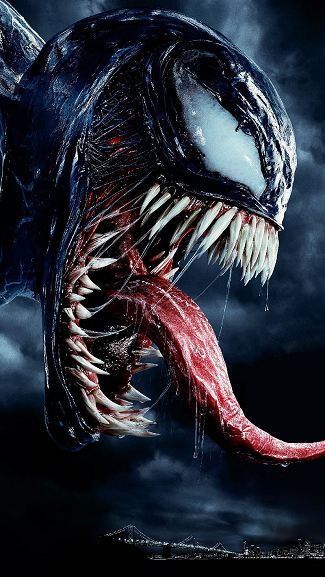 If you think this is scary, imagine how much he spends on toothpaste...
Kryten: But what about the Space Corps Directive which states it is our primary overriding duty to contact other lifeforms, exchange information and wherever possible bring them home?
Arnold Rimmer: What about the Rimmer Directive, which states "Never tangle with anything that's got more teeth than the entire Osmond family"?
— Red Dwarf, "Polymorph".
Advertisement:

Monsters with a huge number of teeth.

This is a simple and common trope, playing on a natural fear of toothy predators. There are three common kinds of teeth you will see on a big scary thing: flat, triangular shark teeth; conical teeth similar to those of crocodiles; or ridiculously pointy needle teeth like a deep-sea fish. The monster's mouth will often be so crammed with teeth that half of them should break off with every bite. The teeth are usually all of the same type. Despite being a common animal trait in real life, human characters often make use of this trope, and when doing so is often used to mark a character with, well, monster-like behavior, especially if it involves or is implied to involve murder in a very predatory sense. Commonly used in Nightmare Faces and Nested Mouths.

Subtrope of Scary Teeth. Also see Phlegmings — the lines of drool often seen between the teeth. When the teeth are arranged in a ring rather than opposing jawlines, that's a Lamprey Mouth. Beware Vagina Dentata. Often overlaps with Fangs Are Evil or Tombstone Teeth depending on the shape. Stop by Cheshire Cat Grin for a less toothy but still creepy variation. Often found in conjunction with Threatening Shark and Never Smile at a Crocodile, and occasionally followed by Palate Propping.

The Osmond family have about 224 teeth. Or 32 teeth per member.