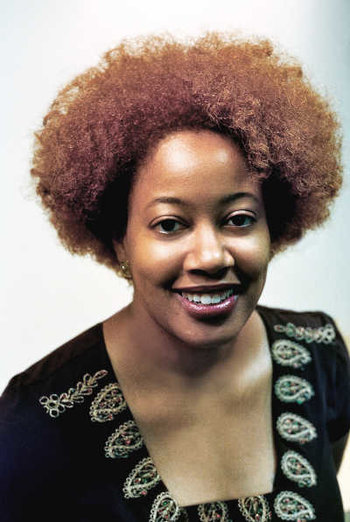 Nora K. Jemisin (born September 19, 1972), writing under the more mysterious shorthand N. K. Jemisin, is an American writer of Fantasy and Science Fiction whose work has won the Hugo Award and been nominated for the Nebula Award and the World Fantasy Award. On the subject of the Hugos, she's the only person in the award's history to win Best Novel three years in a row with her Broken Earth trilogy.

She also blogs extensively about the representation of marginalized groups in fantasy literature as well as the genre itself on her website, which can be found here

. Additionally, she streams her gaming sessions on Twitch here

N. K. Jemisin's works with their own pages include: