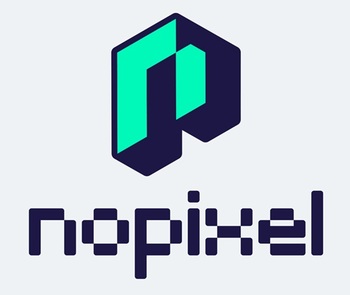 It differs from standard GTA Online as it's based off of a private server, and players are heavily vetted before they're added to the whitelist allowing them in. They can navigate through a customized version of GTA Online, interacting with other players and creating their own scenarios. The idea is to advance police, EMS, criminal, or civilian characters through interactions.

However, what truly sets NoPixel apart is that it has inadvertently created a new form of storytelling. Instead of playing it as a conventional multiplayer game, the players act as if they're in a story, blending improv, roleplay, and basic cinematography. Each character's player can stream these stories online for all to see.

This ultimately means that you can view situations through multiple perspectives; imagine being able to watch Miami Vice or Reno 911! from the perspective of any character you want.

Version 2.0 of the server, which was active during NoPixel's initial popularity boom, shut down for the final time on February 2, 2021. Its successor, the long-awaited NoPixel 3.0, launched on February 5; it is considered a soft Continuity Reboot, thus giving everyone a chance to start storylines anew.

. For a list of who is livestreaming NoPixel on Twitch at any given moment, you can go here