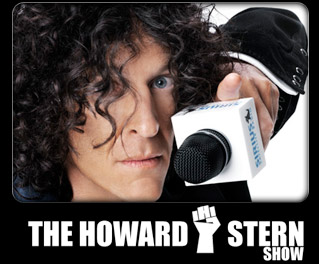 The Howard Stern Show is a syndicated radio show that has run from 1982 till present day. Broadcast out of New York by Howard Stern and running from 6:00AM-10AM, and sometimes as late as 12PM. Howard's show was instrumental in breaking down many barriers in radio from deviating from regular talk and corny morning routines and focusing on gross out jokes, strippers and sideshow style characters mixed with some political and pop culture commentary and news segments. Howard's show has been fined by the FCC several times in his career in the process of developing his show's material.

The show started to come together over various stations Howard worked in after graduating college with a media degree. He met and worked with Fred Norris and Robin Quivers, who he found good chemistry with. By the time he reached Detroit, he had established himself as a top notch DJ, preferring talking and doing his schtick versus playing records. While most who would listen to his earliest work would find it tame by today's standards, for it's time it was very edgy for radio.

After Detroit and Washington D.C., the first big success the show found was at WNBC in New York, Howard's home city. The show became a huge hit, seemingly getting more popular the more Howard and his crew fought censorship and management to produce their show the way the wanted it. It culminated in them being fired after several spats with NBC management. The full story is documented in his book and movie Private Parts. (Ironically, just two years after he left, NBC sold off their radio ops and WNBC became WFAN, an all-sports station currently owned by CBS.)

He was immediately picked up by WXRK radio, also in New York, where he dropped music completely from his format in favor of a purely morning talk/comedy radio show, and was eventually syndicated throughout the country and the show gained its largest success nationwide. Throughout the 90s, the "King of All Media" would write two books and make a movie based on his show's exploits, as well as three TV shows (one on local NY station WWOR-9 that was a variety (which was proceeded by a couple of pilots for Fox that didn't go anywhere), two on E!, a one on one interview show that was dropped in favor of airing clips from his radio show, which was also duplicated by CBS on Saturday nights for a brief while), and two pay per view events, establishing The Howard Stern Show as the undisputed biggest radio show in the country.

While the show is famous for being edgy, vulgar, over-the-top, etc., the hardcore fans are just as fond of the interaction with the various members of the staff (particularly if Howard is yelling at someone for screwing up). Additionally, Howard is probably one of the best, if not the best, interviewers in the country; always providing a fascinating look at anyone from a hooker working down the street to an A-list celebrity, often getting them to open up about things they would never say elsewhere.

By 2005, Howard's show was broadcast in several major markets, until Clear Channel had his show cancelled in many of those markets, prompting Howard's move to Sirius Satellite Radio so his un-PC jokes and material can flourish, profanity can't be censored and the FCC is off his back. Additionally the show has its own on demand TV channel, Howard TV featuring highlights of the show daily plus classic clips and other special programming.

The show largely begins with Howard Stern and sidekick / newswoman Robin Quivers discussing the previous day's show, upcoming events in the day among other topics. These can be several, or if something is really stuck in Howard's craw, can last for hours. Celebrity interviews are normally in the middle of the show and finally Robin's news report which often ends the day-is considered the best parts of the show. Phone calls from fans/protesters and other games the cast plays are usually interspersed in between, like prank calls, feuds between cast members, and calls/visits from the Wack Pack.

Howard Stern has been doing this show now for almost 30 years. Most of the cast and show members have been with him at that time.

Regular contributors (aka "The Wack Pack")