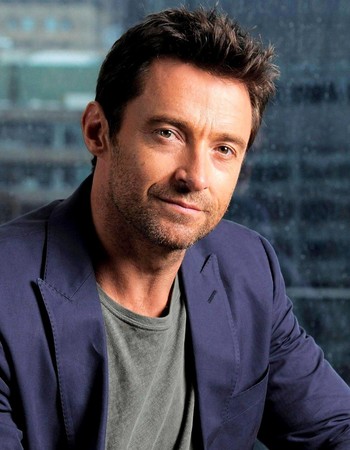 SNIKT!
"As an actor, you have many tools - your body, your voice, your emotions, mentally. In film, you have your eyes because they communicate your thought process. In fact, generally in film, what you don't say is more important than what you say. That's not so much the case for stage."
Advertisement:

He first gained worldwide attention for playing Curley in the West End's revival of Oklahoma!. He did not become a household name until he was cast as James "Logan" Howlett / Wolverine in the X-Men Film Series, a role he played 9 times in total over 17 years, and for a time held the record of appearances of the same actor in a comic book movie franchise note As of Avengers: Endgame, his record has been beaten by Robert Downey Jr. and Samuel L. Jackson, with ten appearances each as their respective characters. Jackson then hit eleven with Spider-Man: Far From Home. Comic book creator Stan Lee only ever appeared in cameos.. He subsequently won a Tony Award for his performance in the Broadway production of The Boy from Oz as Australian singer-songwriter Peter Allen. He has also starred in romances and romantic comedies, including Kate & Leopold (opposite Meg Ryan) and Australia (opposite fellow Aussie and close friend Nicole Kidman). He currently plans to star in a future remake of Carousel, a role he had formerly played on Broadway, and got himself an Academy Award nomination for playing Jean Valjean in the film version of the musical Les Miserables in 2012. He's also a very well-regarded awards show host, having hosted the Tony Awards four times and the Academy Awards once (and winning an Emmy for his second gig at the Tonys).

He is married to Deborra-Lee Furness, who was his co-star on the short-lived Australian drama series Correlli - his first screen appearance. They have two children, both adopted.

and backed up here

. He also made an enemy out of Deadpool after refusing to reprise his role as Wolverine. Or the rivalry could be with Ryan Reynolds. It's hard to tell.

It should also be noted that he has a reputation for being one of THE nicest celebrities in all of Hollywood. Ask anyone... except Dr. Cox.