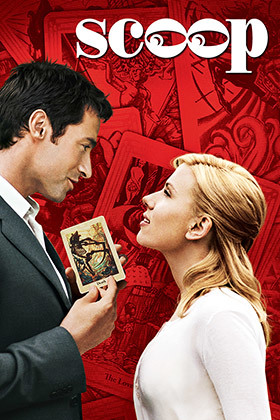 Scoop is a 2006 American-British romantic crime comedy film written and directed by Woody Allen and starring Hugh Jackman, Scarlett Johansson, Ian McShane and Allen himself. A journalist, an illusionist and a ghost work together to uncover an aristocrat as a Serial Killer. Allen's second film in a row featuring Scarlett Johansson in London, the first being Match Point.

Not to be confused with SCOOB!.