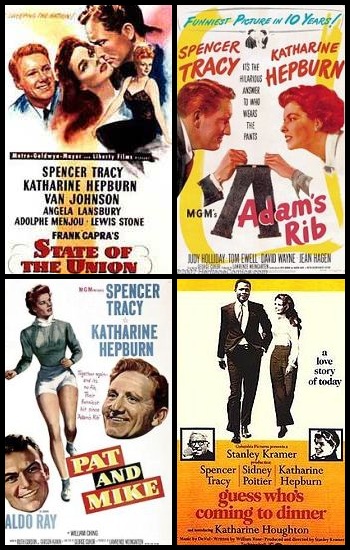 "You replace Luke Skywalker with fucking Fred from Scooby-Doo?! Aw shit, Matthew Lillard was in that too. It's like these chuckleheads are joined at the hip!"
— Spoony, Wing Commander Review
Advertisement:

This trope is when two actors—or, occasionally, groups of more than two—end up working together over and over for no other reason than because directors think audiences like them. Sometimes, the two are in a Real Life relationship, but that's not the reason why they're cast together; the chemistry that gives them might help, but the essential point is audience appeal.

This trope was more common in the studio era, when most actors and actresses were under contract to a particular studio, and those studios would match them up together repeatedly if they proved a success.

This doesn't apply when the actors work together over and over because they're part of a film franchise (like the kids in the Harry Potter movies, for example).

See also Double Acts and Groups, Production Posse and Only So Many Canadian Actors. Unrelated to, but may overlap with, Those Two Guys. For the Voice Acting version, see Relationship Voice Actor.