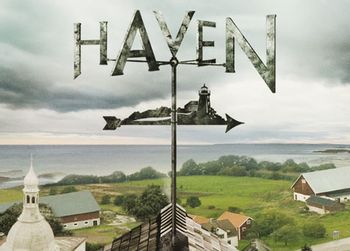 Haven is an American-Canadian supernatural drama television series loosely based on the Stephen King novel The Colorado Kid. The one-hour drama premiered on July 9, 2010, on Syfy. The series was the first property to be produced for Syfy Pay channels around the globe, excluding Canada (where it aired on Showcase Television) and Scandinavia. The final episode aired on December 17, 2015.

Shrewd and confident FBI agent Audrey Parker (Emily Rose) has a lost past when she arrives in the small town of Haven, Maine on a routine case. Before long, her natural curiosity leads her to the center of activity in this curious enclave, which turns out to be a longtime refuge for people who are affected by a range of supernatural afflictions.