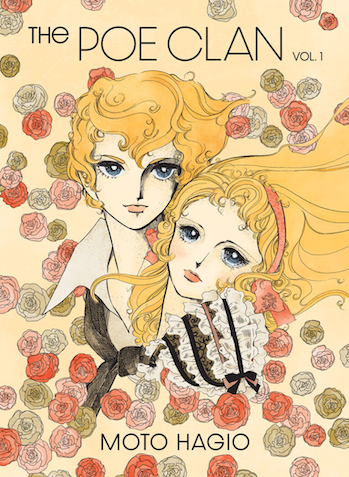 The Poe Clan (ポーの一族; Poe No Ichizoku) is a supernatural shoujo manga by Moto Hagio, which ran from 1972 to 1976 in Bessatsu Shoujo Comic. Each chapter is a self-contained story featuring the eponymous family of vampires and their encounters with humans across the 18th - 20th centuries.

The series tends to focus on three vampires: Edgar Portsnell, his sister Marybell, and his companion Allan Twilight.

The manga is licensed in English by Fantagraphics, who released it in two omnibus volumes; the first volume was released in 2019, the second in 2022.

Adaptations include a 2016 TV series and a 2018 Takarazuka Revue musical.

The Poe Clan contains examples of: