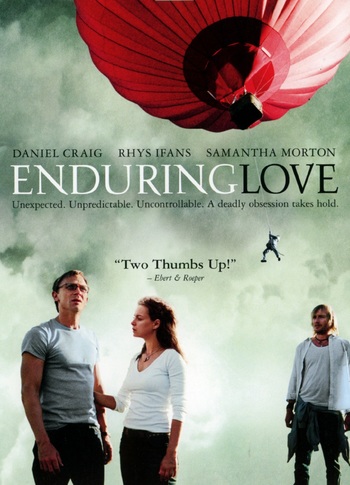 Joe Rose (Craig), an atheist science journalist, is having a picnic with his common-law wife Clarissa when he hears a man shouting. Not far away, a balloon is floating off with an eight-year-old boy in it. Five men, including Joe, grab onto the ropes hanging from the balloon, but one of the men lets go in mid-air. The others quickly follow suit, excluding one man who dies when he falls from the rope. In the aftermath, Joe meets Jed (Ifans), a Christian fanatic who quickly develops an obsession with Joe that threatens Joe's relationship, his sanity, and his life.