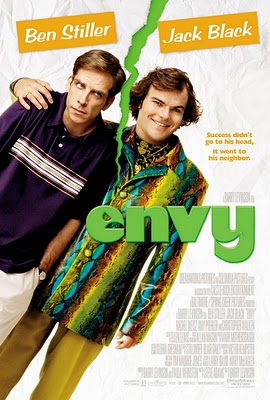 Tim Dingman (Stiller) and Nick Vanderpark (Black) are best friends working white-collar jobs. Nick is constantly coming up with crazy ideas to get rich quick. One day, Nick proposes "Vapoorize", a substance that causes dog feces to evaporate, saving people the trouble of having to shovel it. Tim doesn't think it will make any money, so he does not invest. As it happens, it is a huge success, and Nick promptly becomes rich, building a massive mansion right across the street from Tim. Though Nick is more than content to share with Tim, Tim becomes increasingly jealous. He one day encounters mysterious drifter J-Man (Walken) at a bar, who encourages him to ruin Nick's life. This culminates in Tim accidentally killing Nick's horse, Corky. Hilarity Ensues.

This is among the most obscure films that the director and stars alike have ever done, being completed for two years before its 2004 release in an attempt to cash-in on Black's breakthrough role in School of Rock, and going Direct to DVD/almost Direct to DVD in many places. Not much more, as Rotten Tomatoes puts it, than a sustained 99 minute poop joke. At the 2004 Cannes Film Festival, during a press conference for Shark Tale, both Black and DreamWorks' Jeffrey Katzenberg went so far as to publicly apologize for it.