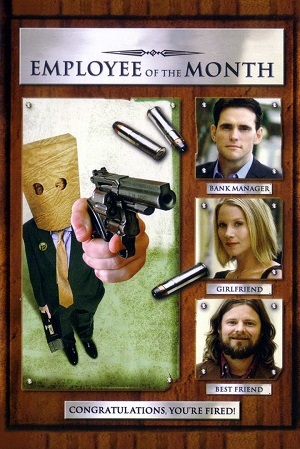 Employee of the Month is a 2004 Black Comedy film.

Dave Walsh (Matt Dillon) has a bright future ahead of him when he unexpectedly gets fired from his job at a bank, his financee dumps him, and his car gets stolen. Fed up with the world, he starts plotting revenge together with the help of his best friend Jack.

No relation to the 2006 comedy with Dane Cook.