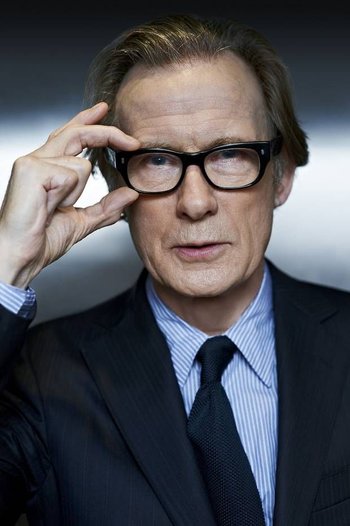 No, he's not the Science Guy.
"One of the things that is assumed about actors is that they are extrovert, which is almost never the case, in my experience."
Advertisement:

William Francis Nighy (born December 12, 1949 in Caterham, England) is a British stage actor who made the transition to film in 1989's Eye of the Needle.

He is easily recognized thanks to his tall, slight frame and distinctive voice. He is also known for his trademark heavy-rimmed spectacles and sharp suits, which has seen him feature on many "Best Dressed Men" lists over the years.