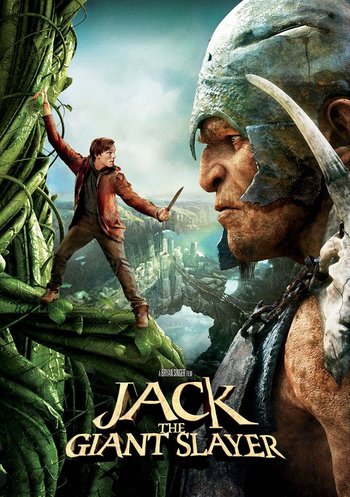 "Fee fi fo fumm, ask not whence the thunder comes. Ask not where the herds have gone, or why the birds have ceased their song. When coming home, don't take too long, for monsters roam in Albion."
Advertisement:

In this film based on the folk tale Jack and the Beanstalk, a young farm boy is given a bunch of magic beans that lead to a land in the sky inhabited by giants. When the princess of the nearby kingdom is taken by the giants, Jack teams up with the king's men to rescue her.

The original title referenced another "Jack" folk tale which is quite different from Jack and the Beanstalk despite similar elements.