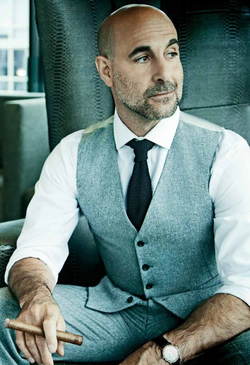 He married Kate Spath in 1995, and had three children (along with raising Spath's two children from her previous marriage). In 2002, Tucci left Spath for Edie Falconote who he would date until 2004 and the couple separated in 2003, but following Spath's diagnosis of breast cancer in 2005, the two reconciled and would stay married until her passing in 2009.

In 2011, he became engaged to Felicity Blunt and married her in 2012, thus making him the brother-in-law to Emily Blunt (who introduced the couple) and John Krasinski. They have two children.

Starting in 2021, he starred in the CNN original series Stanley Tucci: Searching for Italy, a travel and food show influenced by Anthony Bourdain: Parts Unknown.