Film / It Could Happen to You 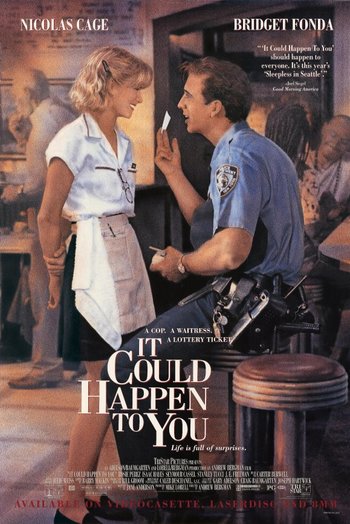 It Could Happen to You is a 1994 American romantic comedy-drama film directed by Andrew Bergman, starring Nicolas Cage and Bridget Fonda.

It is the story of New York City police officer (Cage) who wins the lottery and splits his winnings with a waitress (Fonda). This basic premise was inspired by a real life incident