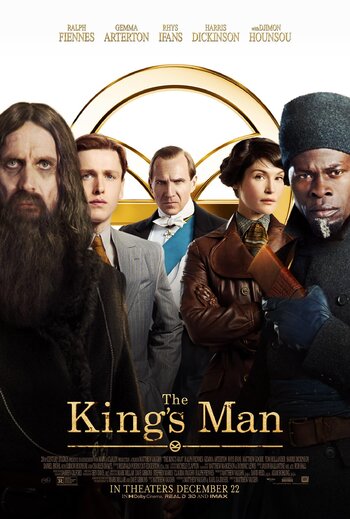 Nobility is born in blood.
"This war has made me realize that we cannot rely on politicians to do their job properly. So, I decided that we should do something about it."
— Duke of Oxford
Advertisement:

Orlando, Duke of Oxford, is a former war hero who swore an oath of pacifism and transferred to the medical corps after the Afghan Wars. While making a delivery of Red Cross supplies to a British Army camp during the Boer War, the camp is attacked, and his wife is an accidental casualty of the battle, with their son Conrad a witness to her death.

A decade later, Conrad is near grown, and wants to enlist in the Army. But Orlando, out of respect for his wife's dying wish to keep their son safe, refuses to let him. Unfortunately, a man calling himself The Shepherd has created an international plot to start a world war that will destroy England, and a seemingly chance meeting with General Kitchener, a former Army friend of Orlando's, while getting Conrad measured for his first suit from the Kingsman tailors places the Oxfords into the path of this plot, and they soon find themselves England's only hope against a plot that only they know exist.

The King's Man contains examples of:

"May our sons and friends rest in peace. And long live the Kingsman!"