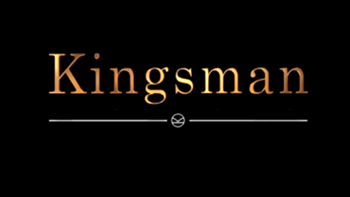 Kingsman is a British action spy franchise created by film director Matthew Vaughn and comic writer Mark Millar. The title refers to a tailor shop in Savile Row, London that serves as a front for a private international spy agency, dedicated to preserving peace and saving innocent lives without interference from world governments. Kingsman agents, who take their codenames from Arthurian legends, dress and act like the Quintessential British Gentleman, but possess fearsome skills and high-tech gadgets which they employ in their fight against megalomaniacal villains. Overall, the franchise is a good-natured play on Tuxedo and Martini Spy Fiction and classic British spy characters.

Vaughn and Millar developed the concept during the production of Kick-Ass, first publishing a comic under a different title and then adapting it into a feature film that's since spawned a sequel, a prequel and further comic books in the film continuity.

"Do you know what that means? Then let me teach you a lesson."