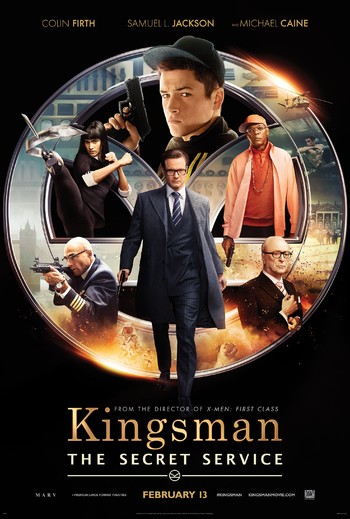 "Manners... maketh... man."
"Since 1849, Kingsman Tailors have clothed the world’s most powerful individuals. By 1919, a great many of them had lost their heirs to World War One. That meant a lot of money going un-inherited. And a lot of powerful men with a desire to preserve peace and protect life. Our founders realized that they could channel that wealth and influence for the greater good. And so began our other venture. An independent international intelligence agency operating at the highest level of discretion. Without the politics and bureaucracy that undermine the intelligence of government-run spy organisations. A suit is the modern gentleman's armour. And the Kingsman agents are the new knights."
— Harry Hart / "Galahad"

Gary "Eggsy" Unwin (Taron Egerton) is a young English crook recruited by Agent Harry Hart (Colin Firth) as a candidate to join Kingsman, a private intelligence service unhampered by the bureaucracy of government agencies. As he and other candidates undergo rigorous training, Harry uncovers evidence of a plot by Internet billionaire Richmond Valentine (Samuel L. Jackson) to stop mankind from destroying Earth by triggering worldwide genocide.

Kingsman exceeded all expectations and a sequel, called Kingsman: The Golden Circle, came out in September 2017. A prequel, titled The King’s Man, is set for release in February 2020.

The first training mission of Kingsman shows Eggsy and the rest of the Kingsman candidates test their survival skills in a room that fills with water.

The first training mission of Kingsman shows Eggsy and the rest of the Kingsman candidates test their survival skills in a room that fills with water.