Put Their Heads Together 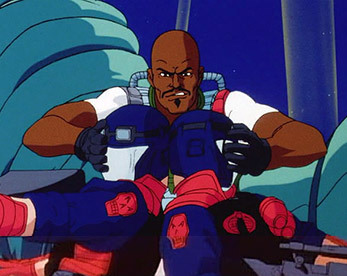 Hey, who turned out the lights?
Advertisement:

So, there's two (or more) mooks attacking The Hero at once (hint: highly recommended in the Evil Overlord List). How to take them both down? Well, if they're close enough together, Use Your Head! Or rather, use their heads: knock their heads into each other and knock both of them out.

And not just The Hero or The Leader: The Big Guy is also likely to do this, sometimes to henchmen of the Big Bad. On the other side, if not the Big Bad, expect The Dragon or The Brute to do this to a pair of Red Shirts, or any allies of The Hero. Even The Hero, the Big Bad, and females can be hit with this tactic. No-one is immune.

Often has comedic overtones, despite being potentially fatal if done hard enough in Real Life. Sometimes used in place of a Dope Slap, although this variant generally does not knock the victims out. The comic variety is usually accompanied by a KONK! Can overlap with Watch Where You're Going! under the right circumstances.

Sub-Trope of Use Your Head and Tap on the Head. See also Grievous Harm with a Body.