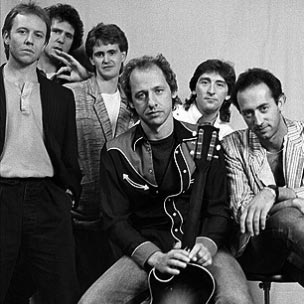 Dire Straits were a British rock group active from 1978–88 and 1991–95. They had a large rotation of members throughout their history, but the core of the band was lead guitarist, singer, and songwriter Mark Knopfler. They are best known for their hits "Money For Nothing", "Brothers in Arms", "Walk of Life", "Sultans of Swing", "So Far Away", and "Telegraph Road". They released six studio albums, though Face of the Band Mark Knopfler has continued to release solo albums since then.

Now that ain't workin', that's the way you trope it: