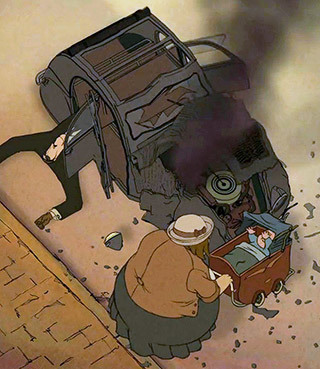 This trope extends to just about anyone conventionally considered inherently "innocent", and can therefore sometimes reach out to cover the mentally handicapped. Whether or not this extends to pregnant women is a toss-up. Unborn children have relatively more protection than dogs, but less than already-born infants. Except in series where Status Quo Is God, because then the Convenient Miscarriage will rear its ugly head.