Reality Has No Subtitles 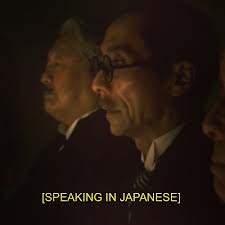 非常に役立ちます。
"For those of you who don't speak French, he just said (Beat) something in French."
— Horrible Histories' take on William I's coronation speech
Advertisement:

Something should be subtitled for the audience to be reasonably expected to understand it, but it isn't.

This may be used to make a point of the Language Barrier — our viewpoint character can't understand what's being said, so neither can we, forcing us to empathise with their confusion or isolation. If this is the case, a bit of Translation Convention may come into play, with languages the character does understand being subtitled.

Compare Fun with Subtitles. This is related to Bilingual Bonus and Viewers Are Geniuses. Compare and contrast Even the Subtitler Is Stumped, when subtitles are attempted but impossible due to comic unintelligibility.

Sorry Miyuki, but the other non-Spanish speakers are just as much in the dark as you are!

Sorry Miyuki, but the other non-Spanish speakers are just as much in the dark as you are!