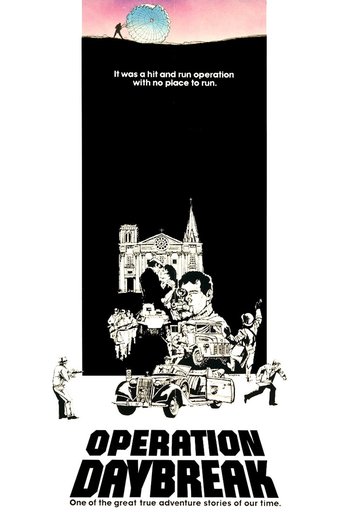 Operation Daybreak is a 1975 war film starring Anthony Andrews, Timothy Bottoms, Martin Shaw, Anton Diffring, and Joss Ackland; it was directed by Lewis Gilbert and shot mostly on location in Prague. It is adapted from the book Seven Men at Daybreak by Alan Burgess.

The film tells the story of Operation Anthropoid, the assassination of SS-General Reinhard Heydrich in Prague. Three Czech commandos are parachuted back into their home country, now under Nazi occupation, with orders to kill Heydrich, the Reich "Protector" of the Czech homelands. Will they be able to reach and kill the heavily guarded Heydrich? Will they be able to get away?