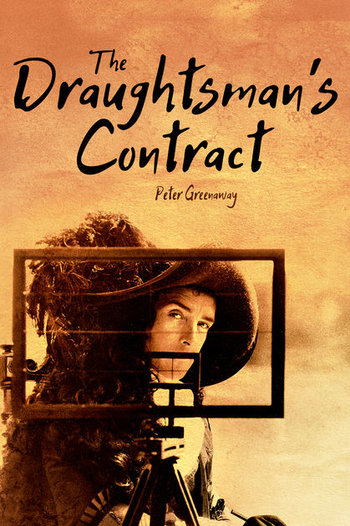 The Draughtsman's Contract is a 1982 film written and directed by Peter Greenaway.

In 1694 England, cocky artist Mr. Neville (Anthony Higgins) is approached by Mrs. Herbert (Janet Suzman), the wife of a wealthy landowner, to make a set of 12 drawings of her husband's estate while he is away. Mr. Neville agrees, and the two draw up the eponymous contract with the help of Mr. Noyes (Neil Cunningham), Mr. Herbert's agent. Also at the estate are Mr. and Mrs. Herbert's daughter and son-in-law, Mrs. (Anne Louise Lambert) and Mr. Talmann (Hugh Fraser), as well as a number of other characters.